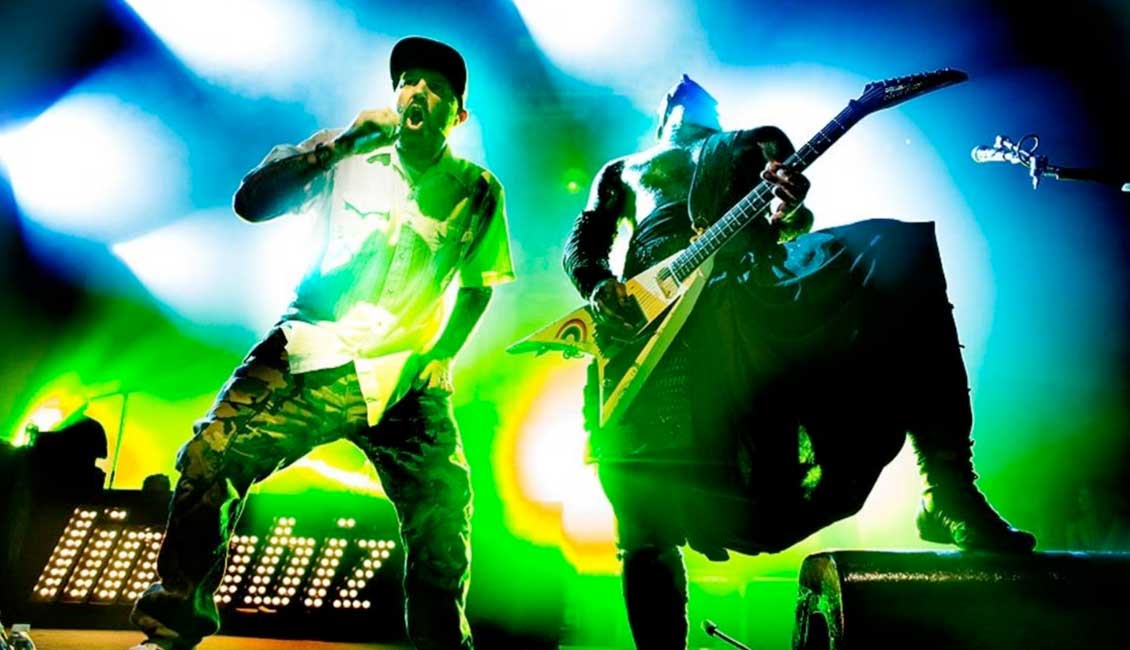 The controversial and iconic LIMP BIZKIT conquered the world at lightning speed from the early nineties with a musical combination of down-tuned (rap) rock, metal and hip-hop.

The band has released six studio albums since its formation in 1994, selling over 50 million copies worldwide and spawning (number-1) anthems such as ‘Break Stuff’, ‘Nookie’, ‘Rollin’, ‘Re-Arranged’, ‘Take A Look Around’, ‘My Generation’, ‘My Way’ and the covers ‘Faith’ (George Michael), ‘Home Sweet Home/Bittersweet Symphony’ (Mötley Crüe and The Verve) and The Who’s ‘Behind Blue Eyes’.

Add to that LIMP BIZKIT’S ever-explosive live shows in which mosh and circle pits, inverted red caps, Adidas outfits and Durst’s funny foul mouths will already provide one of the highlights of Paaspop 2023. Because if LIMP BIZKIT masters one thing well, it’s throwing parties with his amazing live shows.