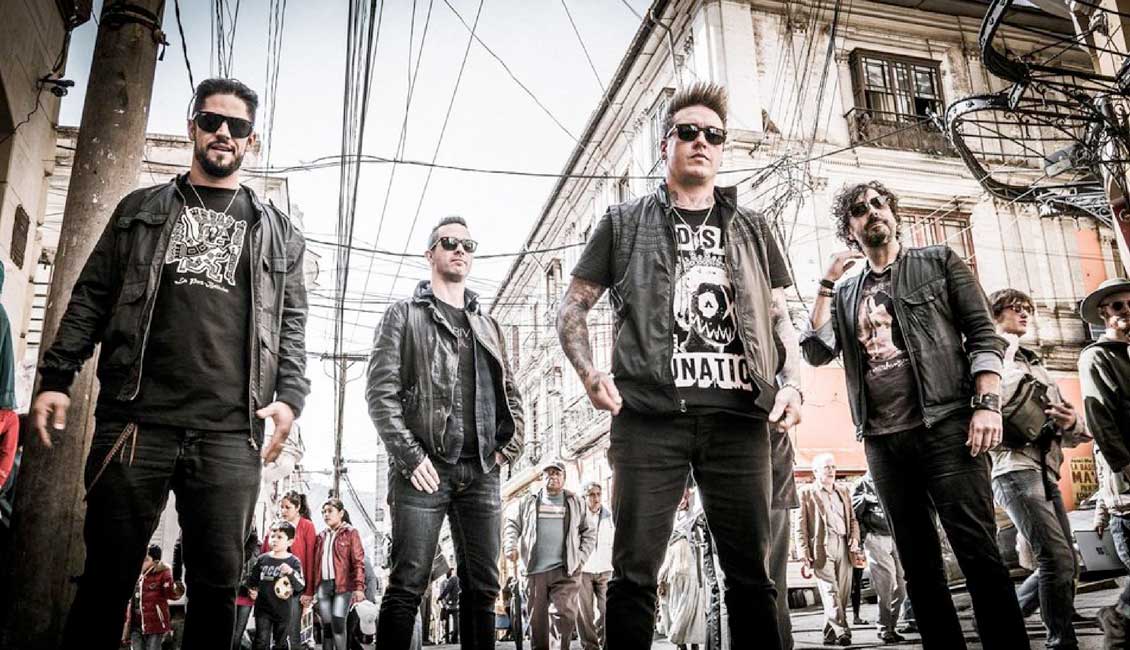 A career spanning nearly thirty years, millions of albums sold, at least eleven albums to their credit – this is the Californian four-piece PAPA ROACH. Genre straddling, whether we call it rap-rock, electronic rock, rock’n’roll, or all of the above together – these four have had an impressive career with a properly diverse discography.

Their latest album, Ego Trip, was released in 2022 and carries the vibes and significant parts with it that the band started a few albums back. It still carries that sass, angst, and a kind of determination. Some fans have criticized the last album for not being too progressive, but you’ll be able to see yourself live this summer! The fact is that the release of the single Kill The Noise was at the top of the charts for four weeks. Nevertheless, we can’t wait for our last resort at the Rock for People 2023!

BURY TOMORROW belongs to the modern metal top. This bunch from Hampshire, UK, has long been one of the UK’s most successful metal exports, performing on the stages of virtually every major European festival, amassing millions of YouTube views, twice topping the UK’s Top 40 albums chart and selling tens of thousands of tickets to their energetic shows. They combine passion, precision, and uncompromising aggression that have become the band’s hallmark.

BURY TOMORROW have never been a fashion favorite, had a swept path, or had the media roll out the red carpet for them. Yet they’re being talked about more and more. Bury Tomorrow has etched itself into metal history with six excellent albums to its credit and great shows.

The LANDMVRKS adventure started in 2014, still under the name Coldsight. Florent Salfati and Nicolas Soriano founded the project with great determination and started looking for experienced partners. This motivation was the key to getting the group to create a completely unique universe. The lineup was almost complete after Rudy Purkart (bass) and Thomas Lebreton (guitar) joined the group, later adding Nicolas Exposito (ex-Where Eagles Dare, Straighten Things Out).

LANDMVRKS were born, and their name began to rise in the French metalcore scene. They released their debut Hollow in May 2016, followed by Fantasy two years later. Their latest album is 2021’s Lost In The Waves. The band from Marseille knows how to get down and dirty; enjoy the cauldron!

The 25-year-old Californian (with ancestors in Finland and Sweden) is the next genre-crossing “hybrid” (we’ll explain shortly why) SUECO. His relatively short career evolved similarly to MGK’s – he started with rap (it all began on TikTok, where the track Fast was a huge success), made his own beats, and slowly reaped success. After some time, he felt he needed to return to his pop-punk/punk-rock roots (he had a few projects with friends back in college). He released a debut album It Was Fun, While It Lasted, and did his first headline tour this year. For fans of the punk-rock version of Machine Gun Kelly, it’s definitely worth a try!

INCUBUS, formed in 1991 in the San Fernando Valley suburb of Calabasas, California, the band’s early lineup comprised tenth-grade classmates. Their early funk-metal sound was heavily influenced by the Red Hot Chili Peppers, but broadened over the next few years to incorporate thrash, rap-metal, post-grunge rock, and grinding alt-metal à la Korn or the Deftones. By the time the musicians had graduated from high school, they had been playing shows regularly. In 1995, INCUBUS added hip-hop turntablist DJ Lyfe to their lineup and recorded the independently released album Fungus Amongus.

INCUBUS became one of the most popular alt-metal bands of the new millennium. Employing a versatile blend of heavy metal, funk, jazz, hip-hop, techno, post-grunge, and alternative rock, the band hit the mainstream in 1999 with their multi-platinum third album, Make Yourself. They continued their reign over the ensuing decade, issuing a string of gold and platinum-selling records: Morning View (2001), A Crow Left of the Murder… (2004), and Light Grenades (2006), culminating in the release of a greatest-hits LP in 2009. Incubus spent the next decade focusing on playing live but also issued two more studio albums (2011’s If Not Now, When? and 2017’s 8), plus a handful of singles and EPs. One of the greatest alternative metal classics is coming to the Rock for People 2023!