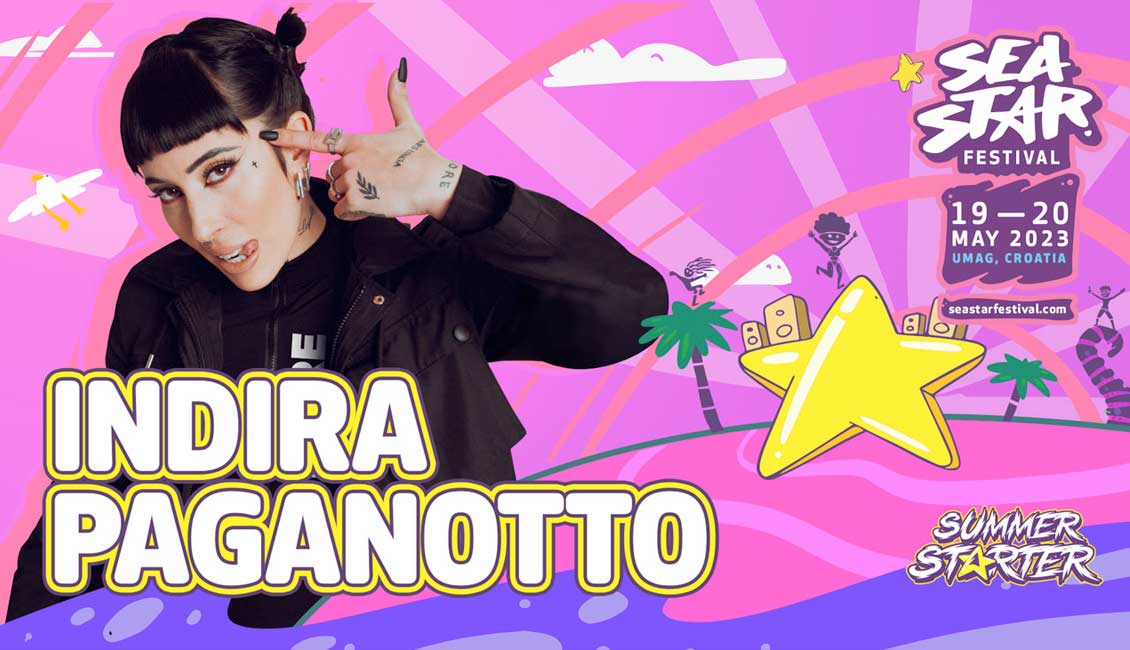 Global music giants, THE PRODIGY are coming to the fifth edition of the Sea Star Festival, which will take place on the 19th and 20th of May 2023 in Croatia!

The Umag festival will host the most influential electro-punk band of all time on the main stage in the Stella Maris lagoon, kicking off the new festival and tourist season in style! With this, Sea Star has put its name on the schedule of one of the most sought-after global tours in 2023, standing shoulder-to-shoulder with festival giants such as EXIT, Mad Cool, Nova Rock, and others.

Another Sea Star headliner is INDIRA PAGANOTTO, a psytechno star on a meteoric global rise. She is now confidently walking the path to the international techno throne, charted by Nina Kraviz and Amelie Lens, whose performances have already made the Sea Star audience go wild, and this will be Indira’s premiere performance at the festival!

THE PRODIGY has been the leading cause of the global electronic music frenzy for decades. Songs like “Firestarter,“ “Breathe,“ “Smack My Bitch Up,“ “Voodoo People,“ “No Good (Start The Dance),“ and many others have shaped music history and an entire genre, but have also been integral to the upbringing of generations around the world.

They were the first Sea Star headliner and really wanted to include the Umag festival in the new tour, while their relationship with the EXIT Festival is one of the greatest musical stories of our time. They will bring their concert spectacle and inexhaustible energy to the biggest stages as part of their 2023 world tour, which they announced with the following slogan: “Get ready for the new wave of fire!!!“

When we started Sea Star in 2017, we had a 5-year plan to position it as one of the most important festivals in our region, so we invited Prodigy to give us a big boost at the beginning. Circumstances dictated for the fifth edition to come only in the seventh summer, but thankfully the first Sea Star headliners are precisely what all the big festivals in the world would like to see on their line-ups. The Prodigy chose Sea Star, showing that our mission was a success and that the band’s ties with the EXIT team are unbreakable.

INDIRA PAGANOTTO comes to the Sea Dance festival for the first time. She has been one of the most exciting new names on the global techno scene for a few seasons, winning over audiences worldwide with her energetic performances. Behind her is a decade of working and improving her talent in the studio, as well as behind the DJ counter, and in the last few years, she has received much support from the biggest names in techno – she released her latest EP, “Lions Of God“, from which all tracks reached the top of the Beatport chart, as well as the previous release “Himalaya, for KNTXT, the label of the Belgian DJ and producer Charlotte de Witte, while Nina Kraviz couldn’t resist including her previously unreleased tracks in her DJ sets either.

Indira describes herself as a “psytechno warrior to the death“ and has her own label, ARTCORE. This year, she has already graced the world’s biggest festival stages, such as Tomorrowland and Awakenings, and she has also performed in cult clubs like Printworks in London and Amnesia in Ibiza.