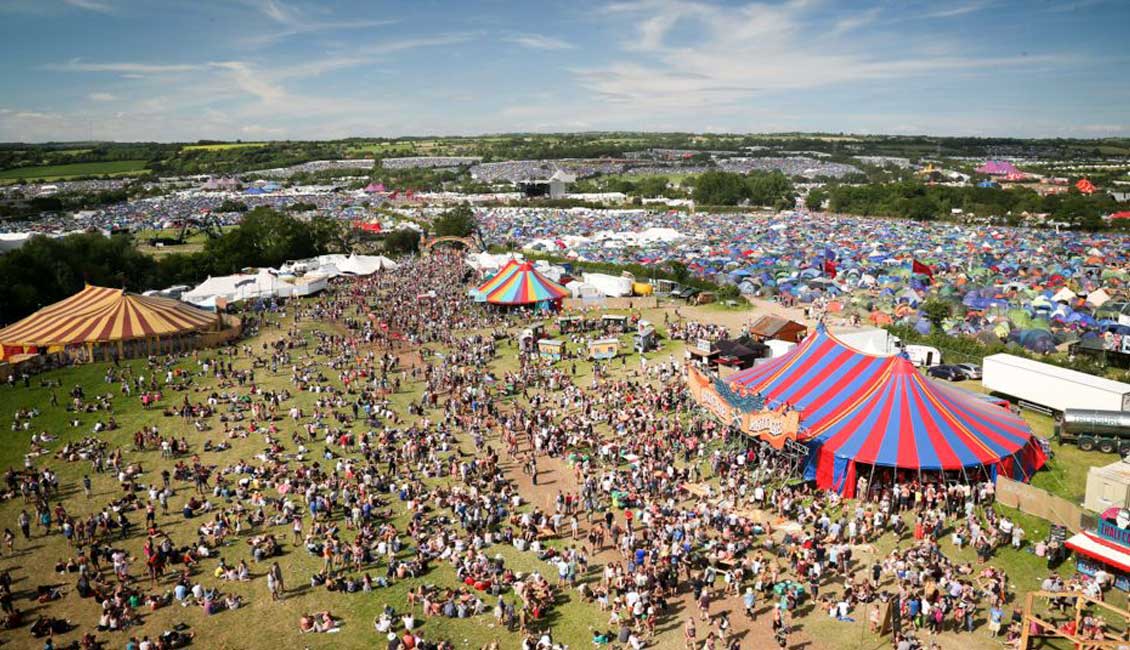 Glastonbury festival takes place in South West England at Worthy Farm between the small villages of Pilton and Pylle in Somerset, six miles east of Glastonbury, overlooked by the Glastonbury Tor in the “Vale of Avalon”. The area has a number of legends and spiritual traditions, and is a “New Age” site of interest: ley lines are considered to converge on the Tor. The nearest town to the festival site is Shepton Mallet, three miles (5 km) north east, but there continues to be interaction between the people espousing alternative lifestyles living in Glastonbury and the festival. The farm is situated between the A361 and A37 roads.

In recent years the site has been organised around a restricted backstage compound, with the Pyramid stage on the north, and Other stage on the south of the compound. Attractions on the east of the site include the acoustic tent, comedy tent and circus. To the south are the green fields, which include displays of traditional and environmentally friendly crafts. In King’s Meadow, the hill at the far south of the site, is a modern small megalith circle which, like Stonehenge, is coordinated with the summer solstice, and since 1990 represents a stone circle. 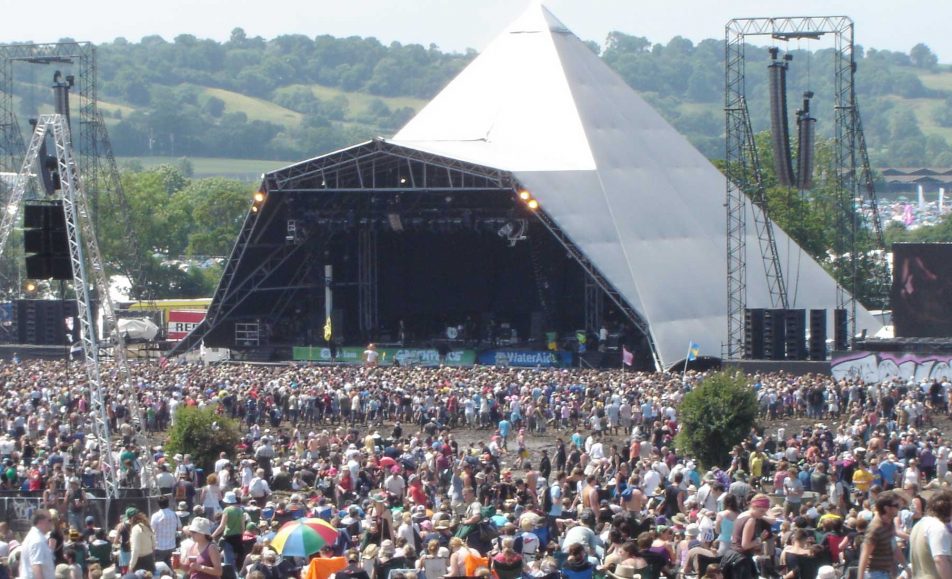