Sold Out Wacken adds more bands to their 2023 line up! 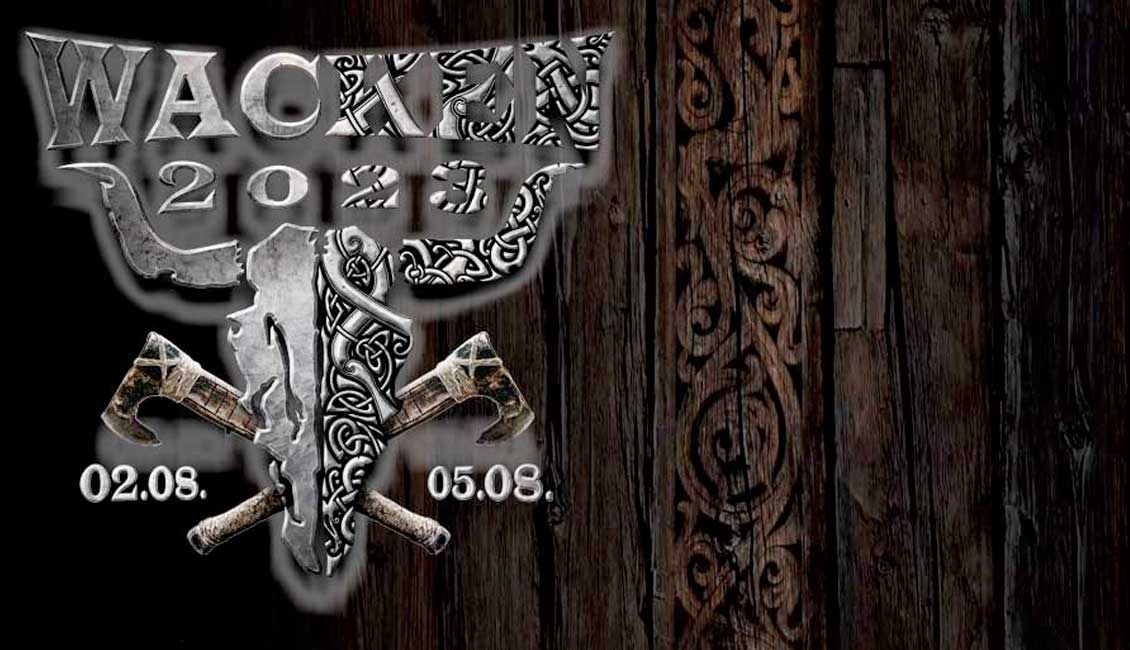 With this announcement you going to get a Triple A pass, a couple of pretty crazy dogs and on top some pretty scary characters.

Scottish pirates who like to layer the 8-bit sound over their wild drinking songs or conquer a giant rubber duck instead of a sea monster? WHY NOT! ALESTORM are up for any prank and don’t have a problem with missing the mark. The fans love them anyway or because of that! So raise your horns! Anyone who claims that bands can no longer develop at some point has never dealt with AMORPHIS. They are like fine wine and they just keep getting better. Who, if not head-piper Tomi Joutsen, manages to roar so elegantly through the pitches and vocal styles? Time to check out their latest oeuvre “Halo”!

ANGUS MCSIX is one of the most shiny personalities in the metal circus. As the lead singer of Gloryhammer, he swung the hammer there for a good five years, until it literally knocked him down. As a golden stand-up man and with a six instead of a five at the end, his return is now all the more brilliant.  From the tranquil south of Germany ENEMY INSIDE just received a metal accolade, they were allowed to tour with Lordi! It’s not surprising that the Finns chose the still young band: Enemy Inside already shot out two albums that both were highly appraised. They bring their symphonic dark metal to Wacken for the first time. All in white! Gothenburg’s finest dark export, EVERGREY takes the stage with his latest work, A Heartless Portrait. Here they will once again take us on an overwhelming journey through progressive melancholy. Even after 25 years, this is far from boring, but rather opens up a few previously unknown brain convolutions in the listener.

30 years older and a little wiser? No thank you, Mam. Some things never change: Butter belongs under the Nutella, you have a beer before setting your tent up and DOG EAT DOG’S No Fronts has you jumping around like a 12-year-old teenager. That is just the way it is.  FEROCIOUS DOG are a real institution. Since 1988 they have been creaking their way through the folk punk genre and have thus earned a permanent place alongside bands such as New Model Army and the Levellers. At their shows, they also go crazy, so they even got one of the biggest audiences at Glastonbury!

Also meathackers LEGION OF THE DAMNED are on their way from the Netherlands and have a new album (tba) as well as a new guitarist on board. Enough reason for you to catch a front row seat watching this solid institution of Black & Death Metal. PENNYWISE. Period. (We don’t really need to say more, do we?) Spearhead of the California hardcore bands, represented in every good household on the record shelf since 1988 and probably longer together in the original line-up than your longest relationship.

Who is this “RAUHBEIN” (German for roughneck)? And why does the German boy sound so Irish? After a stroke of fate, RAUHBEIN jumps on his motorcycle and embarks on a journey to Ireland. In the streets of Dublin, he struggles through as a singer-songwriter in pubs and bars and gets to know the country and its people: other roughnecks with a heart.