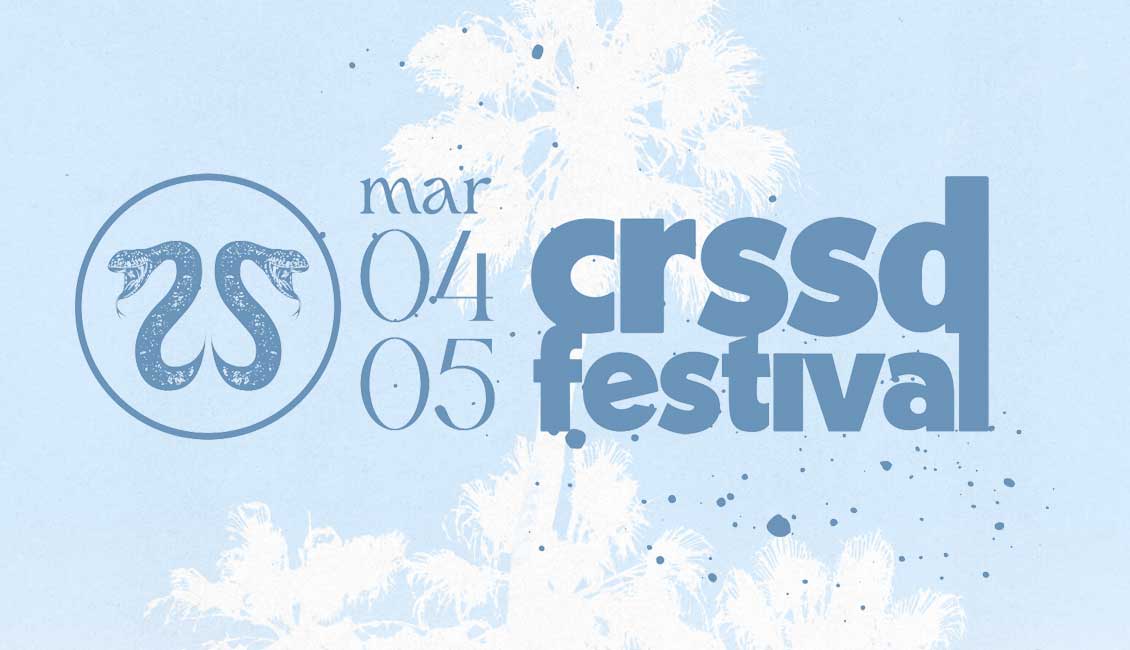 Today, CRSSD Festival has announced the initial artist lineup for its Spring 2023 edition taking place on March 4 and 5 at the scenic Waterfront Park in downtown San Diego. The two day city-center festival remains the west coast’s’ most celebrated house and techno festival, offering fans a taste of the global electronic music scene in a picturesque and convenient location.

Since 2015, the FNGRS CRSSD team has shaped the quintessential urban festival experience in downtown San Diego. By day, revellers can roam between three distinctly programmed stages, each with their own unique feeling and decor, backdropped by unmatched cityscape views and sunsets over the Bay. By night, CRSSD takes over a multitude of venues around the city ranging from intimate DIY spaces to premiere nightclubs.

Known for bringing forward-thinking and top tier international talent to the West Coast, FNGRS CRSSD will once again welcome all strains of electronic music from the established veterans to the next generation risers.

The Palms stage, known for its display of all dynamics of house, welcomes headliners such as middle-eastern inspired DJ and production duo BEDOUIN and French synthwave favorite KAVINSKY. This coming together of scenes from around the world is further demonstrated by the likes of globally recognized Detroit house and techno icon SETH TROXLER going back to back with pioneering UK stalwart EATS EVERYTHING, German disco and house producer PURPLE DISCO MACHINE, boundary breaking Aussie export MALL GRAB and London’s own JACKMASTER.

CRSSD has always been about shedding light on the more avant-garde sounds of the global underground, which rings true in 2023. The spring festival welcomes the wild antics of London by way of New Zealand’s CHAOS IN THE CBD, Ireland’s Steel City Dance Disc mainstay KETTAMA, the hard hitting eclecticism of JENSEN INTERCEPTOR, plus Stay on Sight’s SKIN ON SKIN.

The CRSSD experience extends beyond the stages, with fans able to enjoy craft food and cocktails from a variety of vendors, dig for vinyl or experiment with new production gear while meeting artists at the interactive and newly rebranded CRSSD Lab, or explore all Downtown San Diego has to offer before and after the show.

CRSSD will also host After Dark programming across the city in San Diego venues with names to be announced.