The Prodigy & Skrillex amongst the first 23 EXIT Festival 2023 Acts! 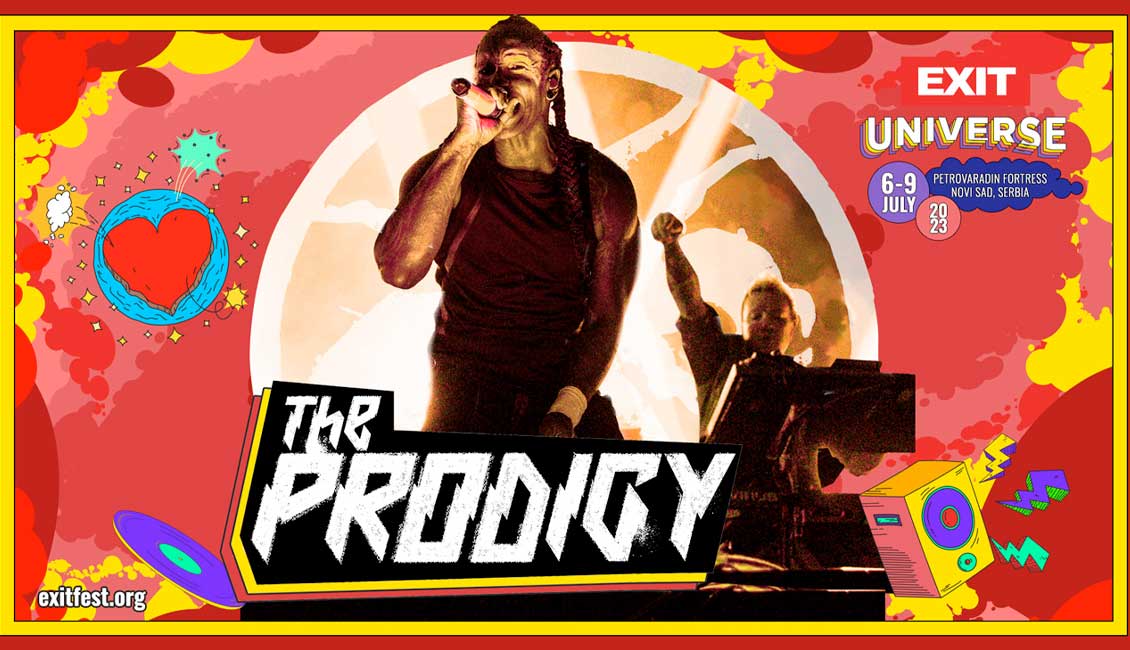 The iconic British group and the most influential electro-punk band of all time, THE PRODIGY, returns after a multi-year break to headline leading European festivals, including EXIT! Considering the band’s deep connection and rich history with the local and regional audience, it is expected that EXIT, which they earlier called their favourite festival, will be the highlight of their comeback tour!

Many thought, including the band itself, that The Prodigy would stop performing after the tragedy, but we knew this wouldn’t be the case. The comeback concerts in London showed that the fire in them burns stronger than ever, and the iconic band’s reunion with its favourite, EXIT audience, will surely be the most emotional yet. In July, we will witness a moment of true music history, which will reach its highest point with a special laser projection of Keith Flint

The EXIT 2023 programme will also be headlined by the electronic music revolutionary, eight-time Grammy Awards winner SKRILLEX, the rock sensation VIAGRA BOYS, the KEINEMUSIK collective, one of today’s most sought-after electronic acts, as well as the duo CAMELPHAT, HOT SINCE 82, LF SYSTEM, VINTAGE CULTURE and INDIRA PAGANOTTO. The performances of THE TOASTERS, SUZI MOON, COCKNEY REJECTS, HUMAN RIAS, MORTAL KOMBAT, ZOE KIDA and many others have also been confirmed.

A total of 23 names are ready to take their place in the EXIT Universe by coming to five of EXIT’s favourite stages – Main Stage, mts Dance Arena, Visa Fusion, Explosive and Pachamama from 6th to 9th July 2023.