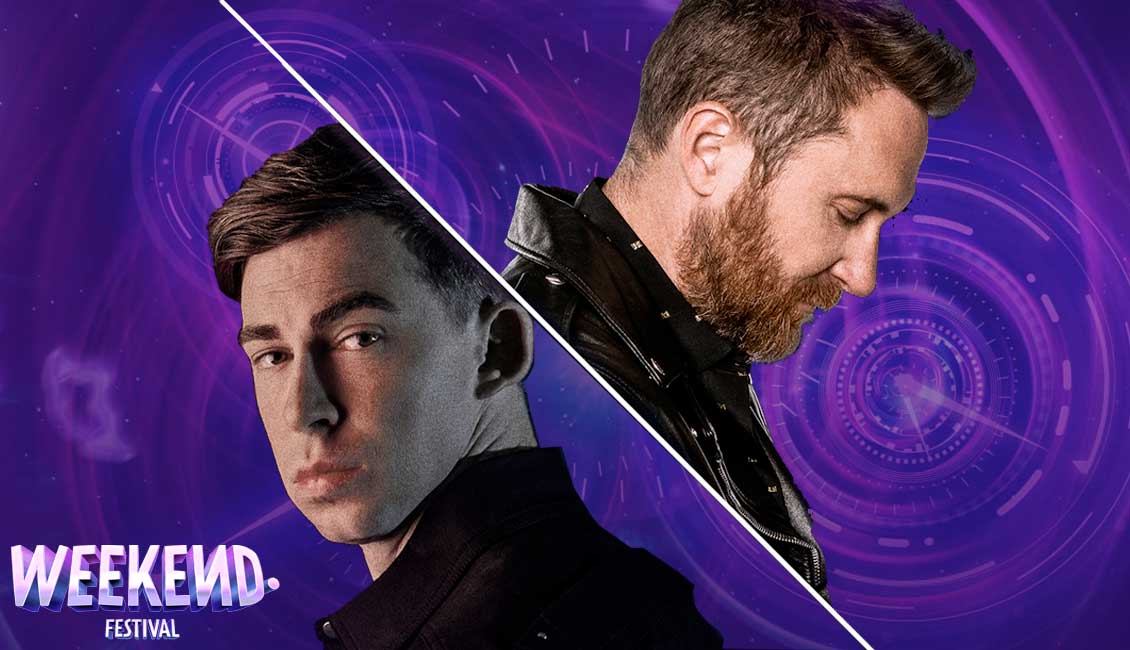 Weekend Festival’s star guard will be joined by two of the top names in electronic music, when DAVID GUETTA and HARDWELL arrive at Weekend Festival on Saturday 5th August! Both have been voted the best DJ in the world several times.

Friday night will be headlined by another stop voted DJ MARTIN GARRIX.

French DJ legend, DAVID GUETTA, will have the crowd roaring as Saturday’s headliner. Guetta is a legend of electronic music, whose songs have been listened to billions of times at best. He has been chosen as the world’s best DJ three times. Guetta has over 66 million monthly listeners on Spotify alone.

The second main performer on Saturday will be Dutch DJ HARDWELL, who is making his return to Weekend Festivals, and has won the world’s best DJ vote twice. Hardwell can be called one of the top names in electronic music. HARDWELL started his career at the age of 14 and has since made songs that make listeners dance year after year. Hits like Spaceman and Power (feat. KSHMR) are classics for electronic music fans.

The Weekend Festival will be celebrated at Espoo’s Vermo event park on August 4th – 5th 2023.

Tickets are on sale now from our friends and official ticketing partner, Tickemaster Finland, just click HERE for more information!