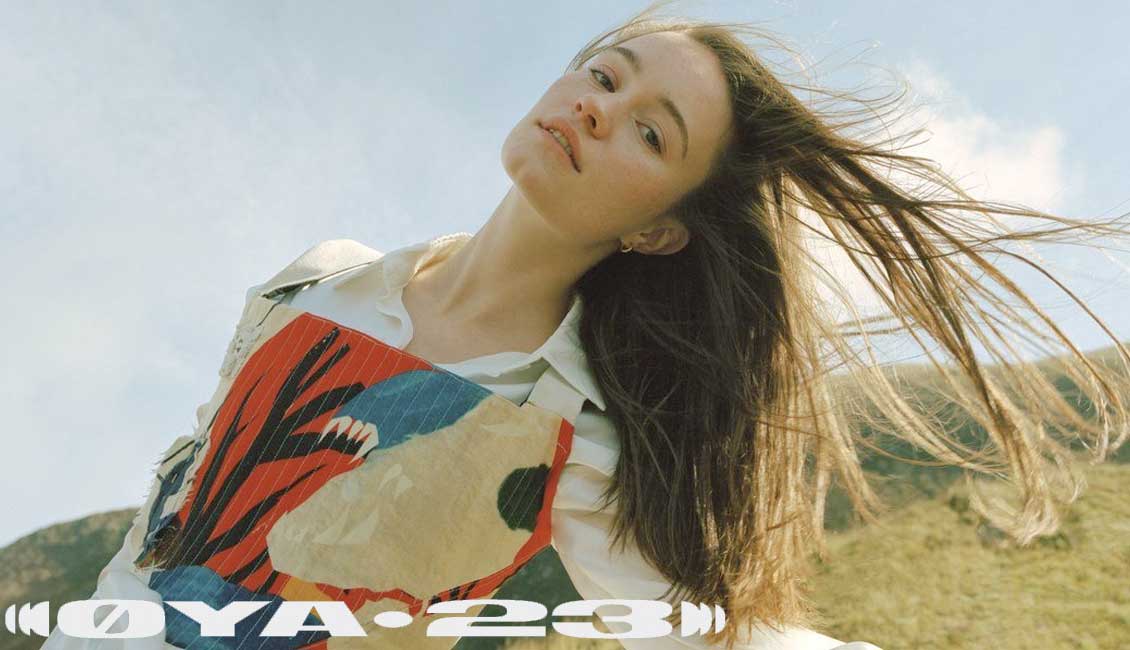 A new bunch of strong names are ready for next year’s Øya poster. Organisers have announced the pop phenomenon SIGRID as the Saturday headliner, the cult favorites DEVO and the highly sought-after FKA TWIGS. In addition, they have added brand new and exciting music with SHYGIRL, JOCKSTRAP, CAROLINE POLACHEK and MAKAYA MCCRAVEN.

Øya festival is delighted to welcome SIGRID back to Tøyenparken, this time as the obvious choice for the big Øya finale on Saturday. Not only has she been responsible for one of the country’s biggest breakthroughs in the last decade, but is also partly responsible for Norwegian pop’s growing international reputation. In addition, SIGRID is one of the most energetic and joyful live artists of her generation. Everything is in place for a fantastic party to round off Øya 2023. This will be one of the few concerts she does in Norway in 2023, and the only one in Eastern Norway.

In 2023, DEVO will celebrate their 50th anniversary and at the same time say goodbye to the public. For the first time since 1990, they are visiting Oslo, on a European tour that will only include a few selected festivals. Core members Gerald Casale, Mark Mothersbaugh and Bob Mothersbaugh pack costumes and home-made instruments and make the trip to Øya festival.

The English multi-talented Tahliah Barnett is known as FKA TWIGS. She made her album debut in 2014 with LP1. In 2019, the long-awaited second album Magdalene came out, and since then she has been on the festivals wish list of artists they MUST get to Tøyenparken. In early 2022, FKA TWIGS followed up with the highly successful mixtape Caprisongs, which gives even more reasons why one should look forward to her first Oslo concert!

CAROLINE POLACHEK was previously a member of the indie pop band Chairlift, who played at Øya in 2009. In 2014, she released a solo album, under the name Ramona Lisa. Then came another three years later, now with the stage name CEP. Since the album Pang in 2019, she has released music under her own name. Now her experimental, moody and modern pop received more attention from both audiences and critics. In early 2022, Polachek toured as a warm-up for Dua Lipa. In recent years, she has also managed to collaborate with, among others, Christine and the Queens and Charli XCX.

SHYGIRL from London mixes hip-hop, club music and experimental pop in her own way. The debut album Nymph came in autumn 2022, after several successful EPs and singles. Nymph was very well received, and shows a wonderful combo of exploration and the captivating. Together with Sega Bodega and Coucou Chloe, she started the label Nuxxe in 2016. In recent years, SHYGIRL has collaborated with, among others, Slowthai, Arca, PinkPantheress SOPHIE and FKA twigs. Catch one of London’s most exciting names during the summer’s best festival experience.

In September 2022, the debut album I Love You Jennifer B from the experimental London duo JOCKSTRAP. The record was released traditionally on Rough Trade. Pitchfork called it “virtuosic display of theatrical mayhem, dazzling production, and surprisingly lustrous pop music”. One half; Georgia Ellery, is also a member of Black Country, New Road. In JOCKSTRAP, she collaborates with producer Taylor Skye, and creates unpredictable, surprising and modern songs.

On stage, just like in the studio, they are praised for finding just the right amount of order in the mess. Organisers are looking forward to presenting JOCKSTRAP to a large and curious Øya audience.

Drummer, composer, producer and bandleader MAKAYA MCCRAVEN grew up with one foot in jazz and the other in folk music. Growing up, this was combined with an interest in hip-hop. His fearless style and approach have earned him the nickname beat scientist. McCraven’s first attempt as a leader was for a trio on the album Split Decision in 2012. He gained greater attention for In the Moment three years later, with his border crossing between jazz and electronic music. Now he is seen as one of the important further developers of modern jazz. In 2020 he released a reworked version of Gil Scott-Heron’s We’re New Again. The critically acclaimed In These Times came in autumn 2022, an album McCraven has been working on for a long time.

Tickets are on sale now from our friends and official ticketing partner Ticketmaster Norway, just click HERE for more information!