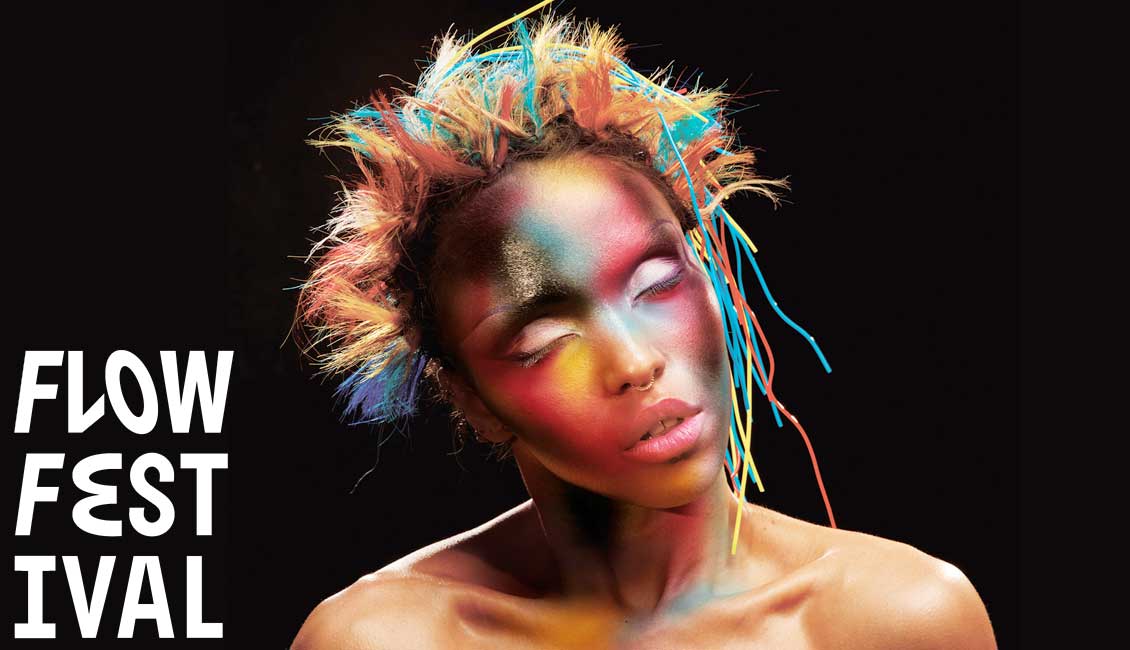 Flow Festival has announced the first acts of the 2023 lineup. Flow invites to its stages a diverse group of international superstars, cult legends, indie favourites and multiple special shows. Flow Festival is held on the 11th–13th of August 2023 in the heart of Helsinki, Finland.

Flow gathers an extraordinary selection of international acts to perform at the 2023 festival. Making a long-awaited return to Flow is the renowned British artist FKA TWIGS, a true artistic visionary. Combining R&B, electronic music, trip-hop and avant-pop in a unique way, FKA TWIGS is a musical trailblazer who released her praised mixtape CAPRISONGS earlier this year. Singer, songwriter and producer CAROLINE POLACHEK also joins the Flow lineup. Polachek is at the forefront of setting new trends for pop music and has written songs for top artists such as Beyoncé and Travis Scott. Additionally, the Flow crowd gets to experience a rare farewell performance by a true cult icon as the pioneer of art rock and new wave, DEVO, brings one of its very last concerts ever to the festival. In addition, one of the greats of the 90s Britpop revolution, rising back to the top of the charts with their 2022 album Autofiction, SUEDE, arrives at Flow Festival.

A groundbreaking hip-hop artist, 070 SHAKE, who uniquely combines rap, poetry, soul, electronic music and indie, is also announced for Flow 2023. Adding to the mix is the irresistible London rapper SHYGIRL, whose music naturally embodies both club credibility and profound philosophical artistry. Serving some punk-realness to the festival audience is Australian supergroup AMYL AND THE SNIFFERS, known for their explosive live shows, and for the art-pop fans, Flow presents JOCKSTRAP, a one-of-a-kind group, who seamlessly mixes electronic music with indie and avant-garde, among others.

Flow Festival also presents a topical selection of Finnish talents. New-wave rapper SEXMANE and Finnish Afro-trap pioneer EGE ZULU performing with a live band will both bring their artistic brilliance to the festival. Representing domestic acts are also OLAVI UUSIVIRTA 40/20, celebrating the 20th anniversary of the artist’s debut album and his own 40th birthday, and YONA, arriving at the festival with the symphonic orchestra TAPIOLA SINFONIETTA. Furthermore, award-winning pop-artist ANNA PUU, with a special show tailored specifically for Flow’s Main Stage and the dance-inducing electro-pop group RUUSUT, will complement the first Flow lineup announcement.

Tickets are on sale now from our friends and official ticketing partner, Ticketmaster Finland, just click HERE for more information!