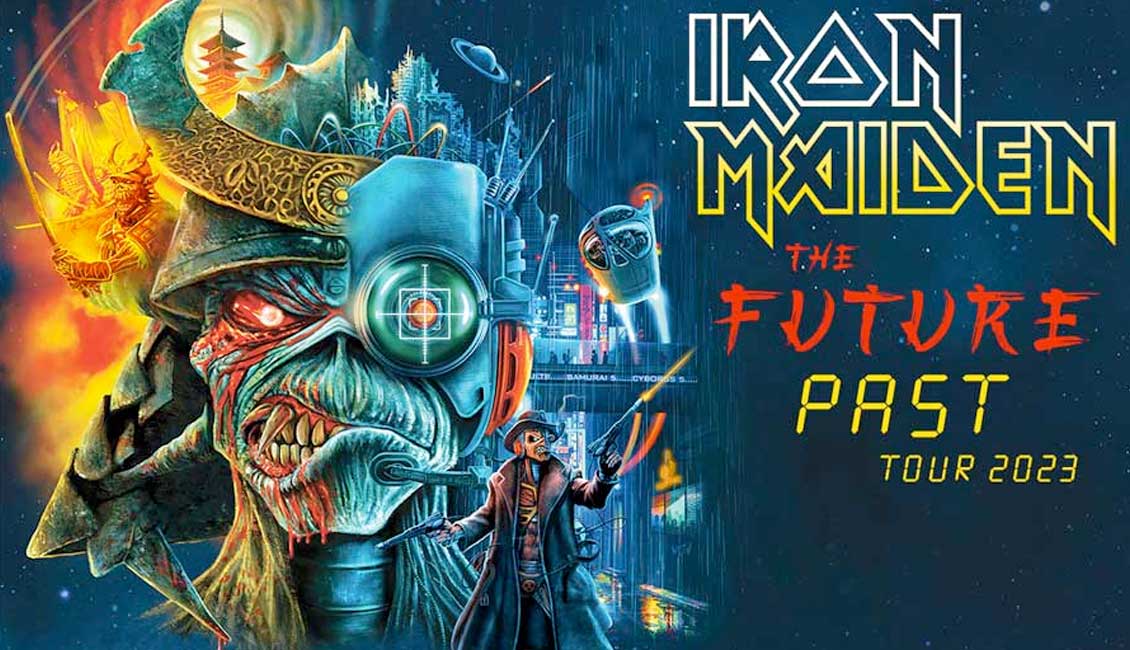 IRON MAIDEN will be in concert in Milan for the only Italian date of The Future Past Tour on Saturday 15th July 2023 at the Snai San Siro racecourse.

The band will headline The Return Of The Gods Milano, a metal festival that announces today the complete line-up of the event.

STRATOVARIUS, EPICA, BLIND CHANNEL and THE RAVEN AGE are the bands that will precede IRON MAIDEN on stage at The Return Of The Gods Festival Milano.

STRATOVARIUS are the progenitor group of the so-called second European power metal wave of the mid-nineties. The Finns, thanks to albums such as “Episode”, “Visions” and “Destiny”, have redefined the coordinates of a sub-genre loved by fans and will return to Italy a full five years after their last appearance.

EPICA are one of the institutions in the symphonic metal field, founded in 2002 and led by the voice of the beautiful Simone Simons. BLIND CHANNEL are one of the youngest and rising formations of the alternative metal scene, while THE RAVEN AGE are an English metal band formed in 2008 who will be touring with IRON MAIDEN also in the remaining European dates.

Tickets for IRON MAIDEN – The Return Of The Gods Festival Milano are on sale on via our friends at Ticketone, HERE >>>