Maroon 5 and The Who headline Firenze Rocks 2023 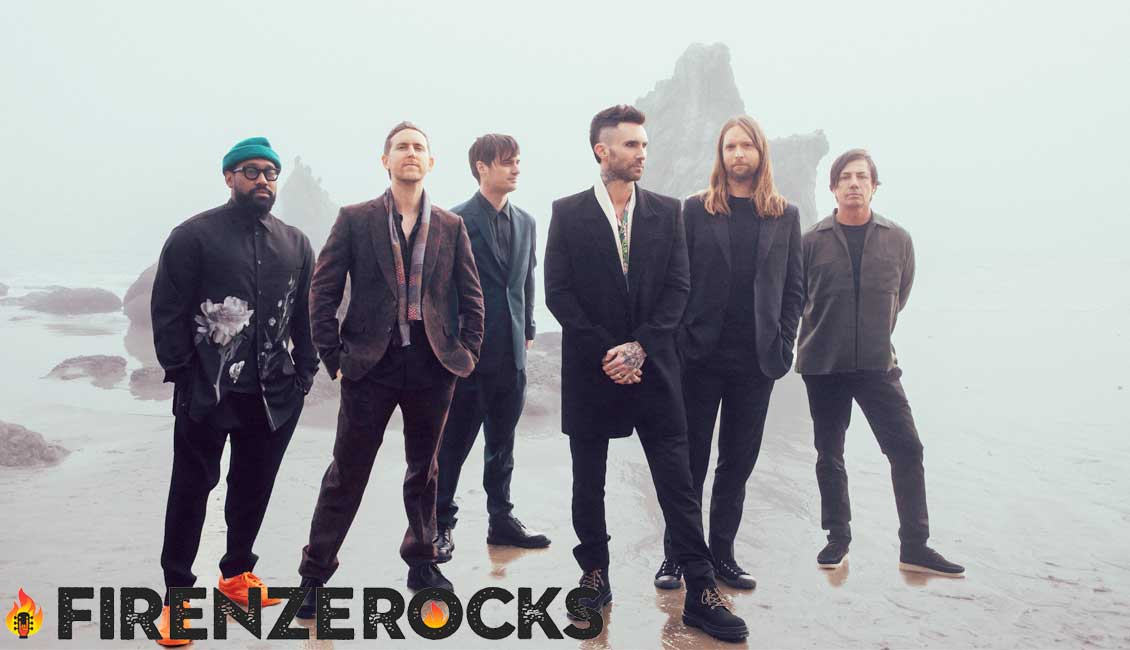 Firenze Rocks is preparing to return in 2023! Now in its fifth edition, the festival produced by Live Nation Italia has now consolidated itself as one of the main European festivals, capable of bringing the most awaited stars of world music to the stage of the Visarno Arena.

MAROON 5 are the first confirmed headliners to perform on Sunday 18th June 2023. Multi-platinum GRAMMY® Award winning MAROON 5 have announced their new tour and major festival appearances in Europe. The European tour, produced by Live Nation, will kick off on Tuesday 13th June at Passeio Maritimo De Alges in Lisbon and then head to Spain, the Czech Republic, Denmark, the Netherlands, Germany and France, before concluding at the O2 in London, United Kingdom on Monday 3rd July.  MAROON 5 stand out not only as one of pop music’s longest-lasting artists, but also as one of the greatest artists of the 21st century. The group won over fans and critics alike with the hybrid rock/R&B sound introduced on their debut album, Songs About Jane. To date, the globally acclaimed Los Angeles-based band has earned three GRAMMY® Awards, over 90 million album sales, 550 million singles worldwide, and gold and platinum certifications in more than 35 countries.

For their only Italian date on Saturday 17th June 2023, THE WHO have chosen to be accompanied by a philharmonic of excellence and international relevance, also as a tribute to the Tuscan capital that will welcome them. In fact, the Orchestra del Maggio Musicale Fiorentino will perform on stage together with the band, in a mix of rock that only the combination of the London band and one of the most important orchestras in Italy can create.

Beyond Florence, the spectacular show will stop in Berlin, Paris and Barcelona. Pete Townshend, Roger Daltrey and the band will perform songs from their nearly 60-year career, including sections dedicated to landmark albums Tommy and Quadrophenia, as well as other beloved tunes and songs from 2019’s ‘WHO’, their first full-length in the studio after 13 years.

The concert follows this year’s acclaimed ‘The Who Hits Back’ US tour, in which the band shared stages with some of America’s best orchestras. The 2023 European tour will see the full THE WHO band consisting of guitarist/vocalist Simon Townshend, keyboardist Loren Gold, second keyboardist Emily Marshall, bassist Jon Button, drummer Zak Starkey and vocals by Billy Nicholls, as well as conductor Keith Levenson, violinist Katie Jacoby and cellist Audrey Snyder.

It’s wonderful to be able to return to Europe after a long absence, to play in Florence, Berlin, Paris and Barcelona, four of my favorite cities in the world. We can’t wait to bring our great orchestral show, which has received excellent reviews so far, and also play some old Who-style rock ‘n’ roll songs from our repertoire.Let’s mix it all up in an evening of amazing music: I have to say that this show is the one I personally enjoy more than anything I have ever done in 60 years of working with Roger I look forward to visiting these beautiful cities to see our old fans again, and hope to meet some more new. We are so lucky to be able to spend an evening with all of you

Tickets are on sale now for Firenze Rocks from our friends and official festival ticketing partner Ticketone, just CLICK HERE for more information!