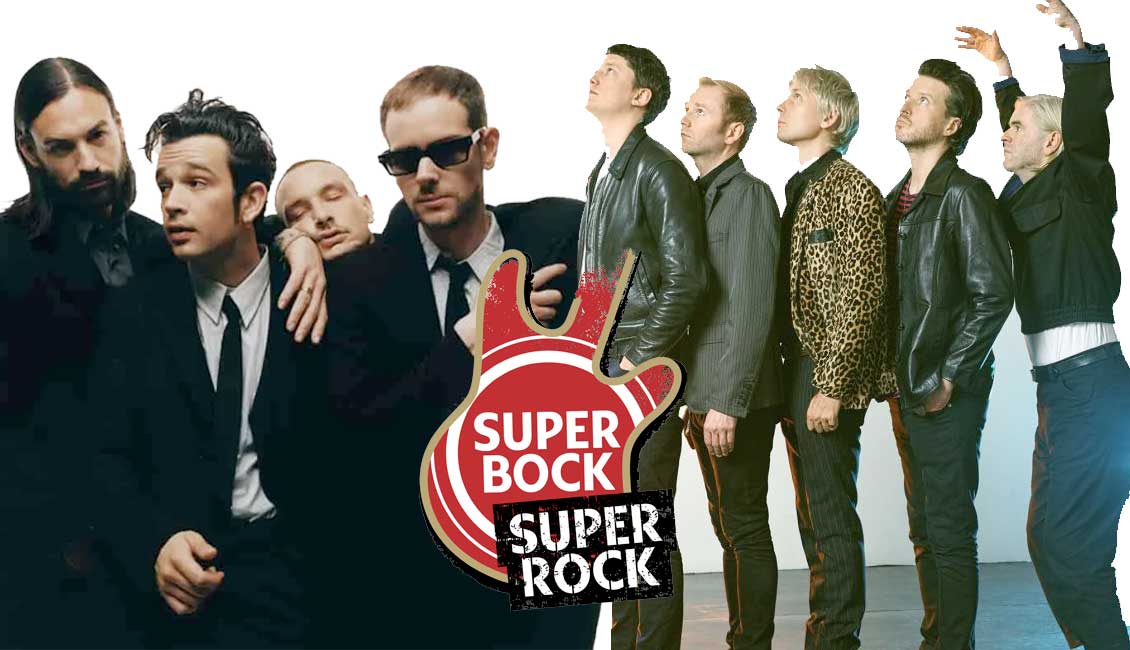 FRANZ FERDINAND is one of the biggest indie phenomena of the beginning of the 21st century, and that still stands today. The band’s name was inspired by the Archduke Franz Ferdinand, heir to the Austrian-Hungarian throne and whose assassination led to World War l. In choosing this name, the band made a declaration of intent of sorts: they were to shake the musical scene for the better, thanks to their catchy energy and their dance floor-friendly guitars. Alex Kapranos’ band got noticed right from the word go and in 2003 they released their first successful single, “Darts of Pleasure”, having previously signed with the label Domino. The second single, “Take Me Out”, exploded internationally, bringing a taste of the success their debut album would enjoy. Their eponymous album, released in 2004, revealed Franz Ferdinand’s sound and won instant classic status as one of the greatest independent rock albums in the 21st century. The band continued to challenge themselves artistically with You Could Have It So Much Better (2005), Tonight: Franz Ferdinand (2009), Right Thoughts, Right Words, Right Action (2013) and Always Ascending (2018).

Throughout the years, FRANZ FERDINAND have worked with some of the most innovative producers, such as Dan Carey, Joe Goddard and Alexis Taylor (Hot Chip), Todd Terje and Philippe Zdar. The diverse production styles allowed the band to show their fans a different side with each release. In 2022, they decided to release Hits to The Head as a celebration of their remarkable career. This is a compilation of hits that serves as a reminder of the reason why FRANZ FERDINAND’s live acts are so full of energy. With songs like “Take Me Out”, “No You Girls” and “Love Illumination” you can expect striking performances wherever they go.

FRANZ FERDINAND will be performing in Portugal next summer on 13th July on the Super Bock stage.

As the cradle of the best rock music tradition, few places in the world are as good to produce a band as Manchester is. It was this UK city that saw Matthew Healy, Adam Hann, Ross MacDonald and George Daniel AKA THE 1975, get together to do punk music and write their first original songs. They were soon noticed, thanks to singles like “The City” and energetic performances that would captivate audiences right from the beginning. Their eponymous debut album was released in 2013 and met expectations with songs such as “Chocolate”, “Sex”, “Settle Down” and “Girls”. THE 1975 released a new album in 2016. I Like It When You Sleep, for You Are So Beautiful Yet So Unaware of It brought a certain 80s nostalgia with its refined pop appeal. The band’s third album, entitled A Brief Inquiry Into Online Relationships, came out in 2018 to reveal an eclectic band, able to utilise several pop elements to make music of their own.

In 2020, Notes on a Conditional Form arrived, including singles like “People,” “If You’re Too Shy (Let Me Know)” or “The Birthday Party” (with Phoebe Bridgers). Their 2022 album, Being Funny in a Foreign Language, has all the necessary ingredients to make the 1975 one of the most compelling bands in recent years. Love songs that are brilliant and unpretentious move between the familiar and the risky and will delight audiences at the next edition of Super Bock Super Rock. “Happiness”, “About You” and “I’m In Love With You” are a few of the songs that festival goers can indulge in on 13th July on the Super Bock stage.

Tickets are on sale now from our friends and official ticketing partner See Tickets, just click HERE for more information!