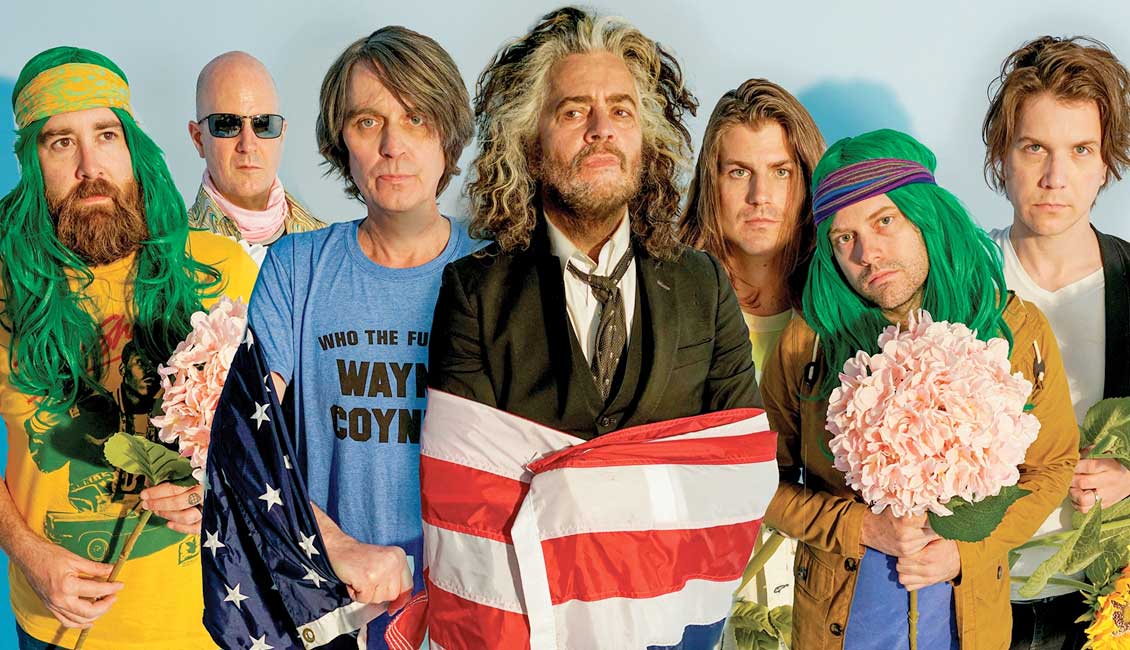 Time flies when you’re having fun. This year, we’re blowing out the candles on our 40th birthday cake – four whole decades since that first gathering in Shepton Mallet. And The Flaming Lips aren’t too far behind at just a year younger than us. Formed in 1983 in Oklahoma, the intervening decades have confirmed the Wayne Coyne-led outfit to be exactly the kind of band that festivals are made for – thanks both to their widescreen psychedelic pop-rock and to their eye-popping live spectaculars where Wayne might be found rolling around in a giant inflatable bubble or riding a plastic unicorn. Where others remained studio recluses, the Lips hit the highway, although gaining their formidable live reputation wasn’t a deliberate, conscious target.

There’s no marketing and there’s no plan. We just knew that if you’d come see us, we could entertain you.” Thirty-nine years on, they’re still doing exactly that.