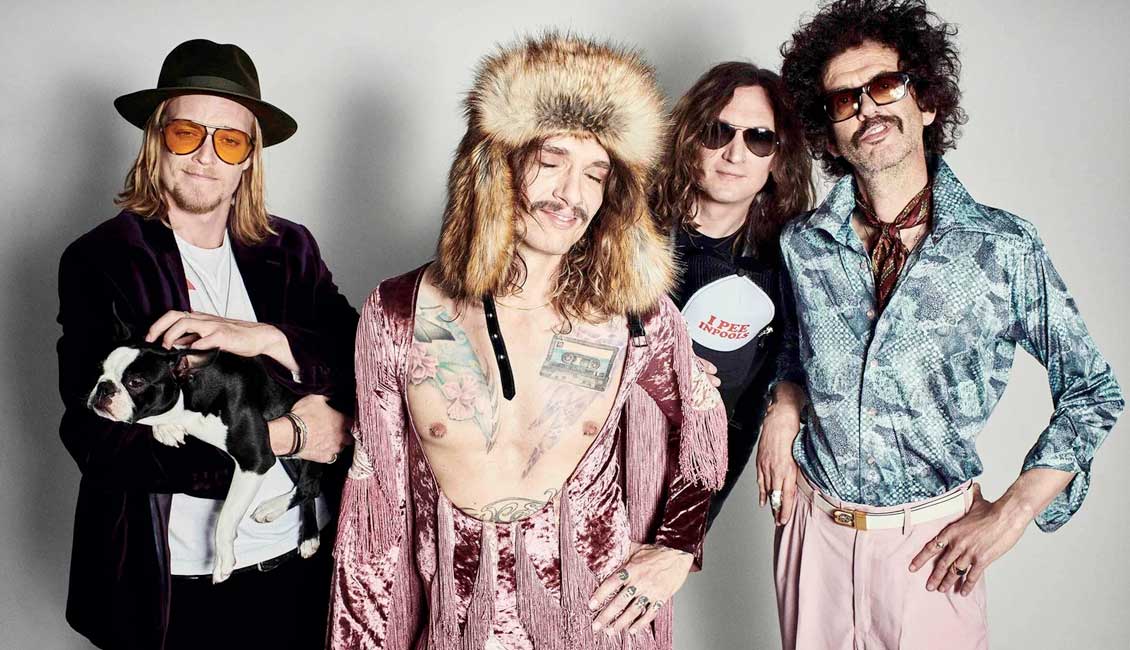 The Darkness came to prominence with the release of their debut album, Permission to Land, in 2003. Backed by the singles “I Believe in a Thing Called Love”, “Growing on Me”, “Get Your Hands off My Woman”, and “Love Is Only a Feeling”, the album was certified quadruple platinum in the United Kingdom, with sales of over 1.3 million. In 2004 the band won three Brit Awards: Best British Group, Best British Rock Act, and Best British Album.

After the COVID-19 pandemic put a stop to their world tour in 2020, the band wound up the year with a one-off streamed live show titled “Streaming of a White Christmas”, which was also recorded as a new live album and slated to be released on CD and vinyl in June 2021.

On 4 June 2021, the band announced their seventh studio album Motorheart would be released on 15th October 2021 with an extensive UK tour through November and December 2021.