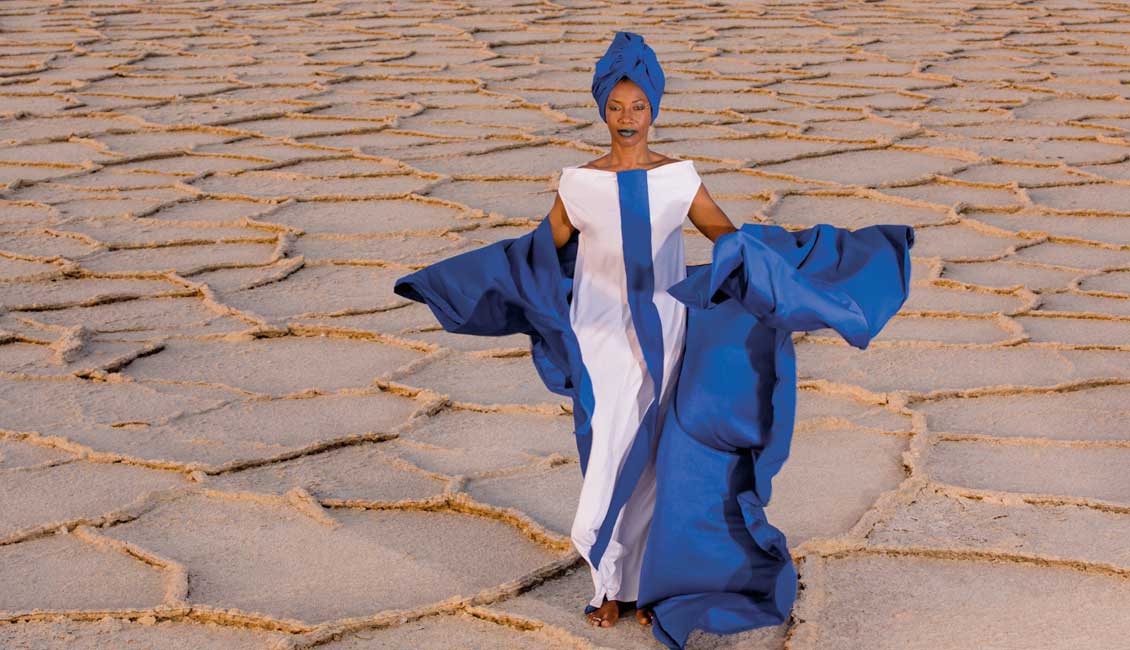 Mali’s most socially progressive singer Fatoumata Diawara doesn’t hang around. Singer, actor and activist, she’s been a high-profile presence since delivering her debut album Fatouin 2011, whether under her own name or in collaboration with a stellar cast of talent –Oumou Sangaré, Dee Dee Bridgewater, Omara Portuondo, The Roots, Roberto Fonseca, Africa Express and Gorillaz.

Whatever the context, Fatoumata’s music always packs a potent message, whether she’s singing of Malian identity, women’s rights, religious fundamentalism, female genital mutilation, or emigration. That last issue is a particularly resonant one for her. After years of living in Paris, Fatoumata has returned permanently to Mali. “I’m living in Bamako to set the example,” she explained to the website OkayAfrica, stressing the importance of young African talent to resists wapping the mother continent for Europe. “We’ll stay home and make things happen here. We’ve gota lot to do. We don’t need to run.”