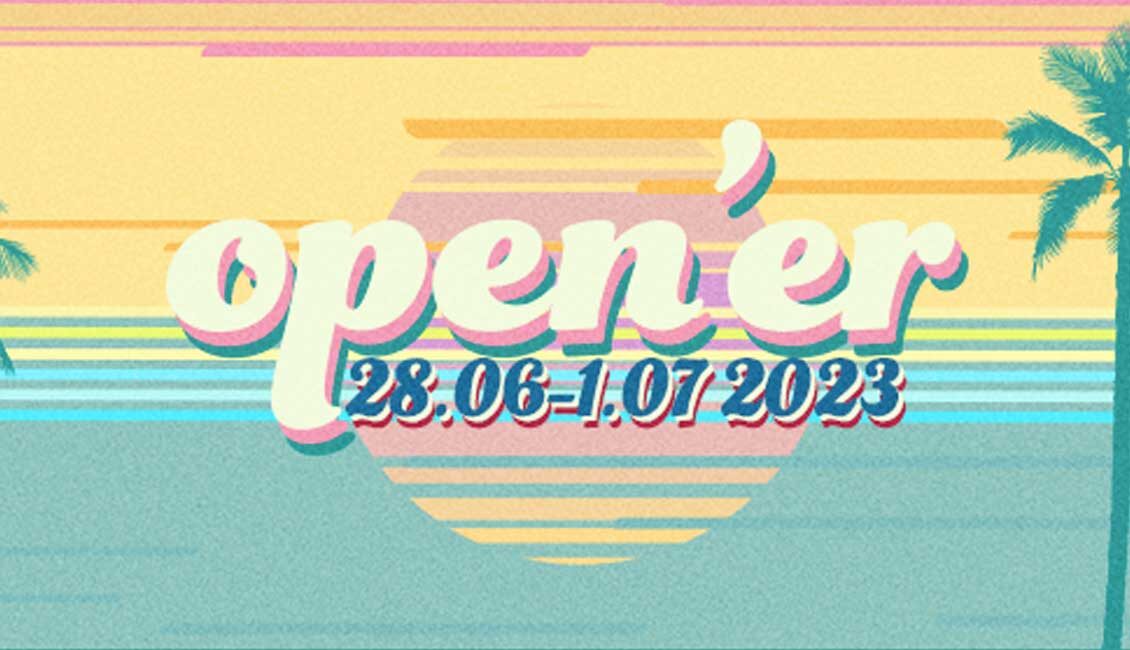 MACHINE GUN KELLY is an artist, who is an atomic force in music, entertainment, film and fashion. In 2020, the Cleveland native eclipsed genre expectations releasing a Rock/Pop Punk album, the widely acclaimed “Tickets to My Downfall”, which spawned two alternative chart-toppers – “bloody valentine” and “my ex’s best friend,”. In 2022 he followed with „Mainstream Sellout”, his second album to hit No. 1 on the Billboard 200. The album is nominated for a 2023 Grammy Award for “Best Rock Album”.

Marie Ulven – a.k.a. GIRL IN RED is a Scandinavian intimate rock / pop sensation, who released her debut album “if i could make it go quiet” in 2021. 2018’s breakout single “i wanna be your girlfriend” established Ulven as a talent to watch, she amassed a worldwide following that heard themselves in her poetic lyrics, at times hopelessly romantic and painfully direct, that meshed beautifully with the sparse yet captivating arrangements she wrote and produced herself.

You can see her live in the Tent Stage on the 1st July.

After 2014 and „Chaleur humaine”, there was no doubt CHRISTINE AND THE QUEENS is a musical gem we will watch shine in the following years. The album landed at No 2 in France and UK (also becoming a best-selling debut in UK). The following two albums „Chris” (2018) and „Redcar les adorables étoiles (prologue)” (2022) only cemented his position as one of Europe’s most interesting alternative pop artists.

You can see Christine And The Queens live at Open’er on the 28th June 28 in the Tent Stage.

THUNDERCAT is undoubtedly one of the most creative artists in music. The two-time Grammy winner, including for the 2020 album „It Is What It Is”, collaborated with outstanding names like Childish Gambino, Kamasi Washington, BADBADNOTGOOD, Ty Dolla $ign, Anderson.Paak, Ariana Grande. He is also one of the co-producers of Kendrick Lamar’s 2015 masterpiece „To Pimp A Butterfly”. His neverending stream of achievements is an outcome of raw talent and years of hard work.

You have to see him live at Open’er on the 30th June on the Alter Stage.

SYLVAN ESSO is an artistic child of singer Amelia Meath and producer Nick Sanborn. The American electro-pop duo debuted in 2014 with their self-titled album, which landed on #7 of Billboard’s Independent Albums charts and became their pass to the biggest American festivals, including Coachella, Lollapalooza andy Austin City Limits. In 2017 they presented „What Now”, their Grammy nominated album. Their next LP „Free Love” came in 2020 and last year saw the release of their fourth album „No Rules Sandy”.

You can see them live on the Alter Stage on the 1st July.

The Atlanta resident DESTROY LONELY joined Playboi Carti’s label Opium and released his debut “No Stylist” in 2022. Similar to Sir Cartier, he feels best in dark attire and designer clothes. His work is best summarized by Rolling Stone: “Destroy Lonely makes whatever the hell he wants. He plans to inspire you to do the same”.

Check him out on the Alter Stage on the 1st July.

LOVEJOY are one of the biggest British indie-rock phenomena in recent years. Fronted by Wilbur Soot, also known from his online personality status, the band also comprises of Joe Goldsmith, Ash Kabosu and Mark Boardman. In 2021 LoveJoy released the EP „Are You Alright?” with 3 tracks making it to UK Official Singles Chart – „One Day”, „Taunt” i „Sex Sells”. Their tracks have so far gathered half a bilion streams on Spotify alone.

See them in the Tent Stage on the 30th June.

Feel their energy on the 29th June on Alter Stage.

LOS BITCHOS are a girls squad, mixing psychodelic pop, with latino vibes. Coming from different parts of the world, they are based in London, and spread their energy with every live show. Their debut, Alex Kapranos – produced album „Let the Festivities Begin!”, has created comparisons to the likes of Khruangbin, and won the hearts of many showcase festival attendees.

See them perform on the Alter Stage on the 29th June.