NOS Alive adds more acts to their 2023 line up! 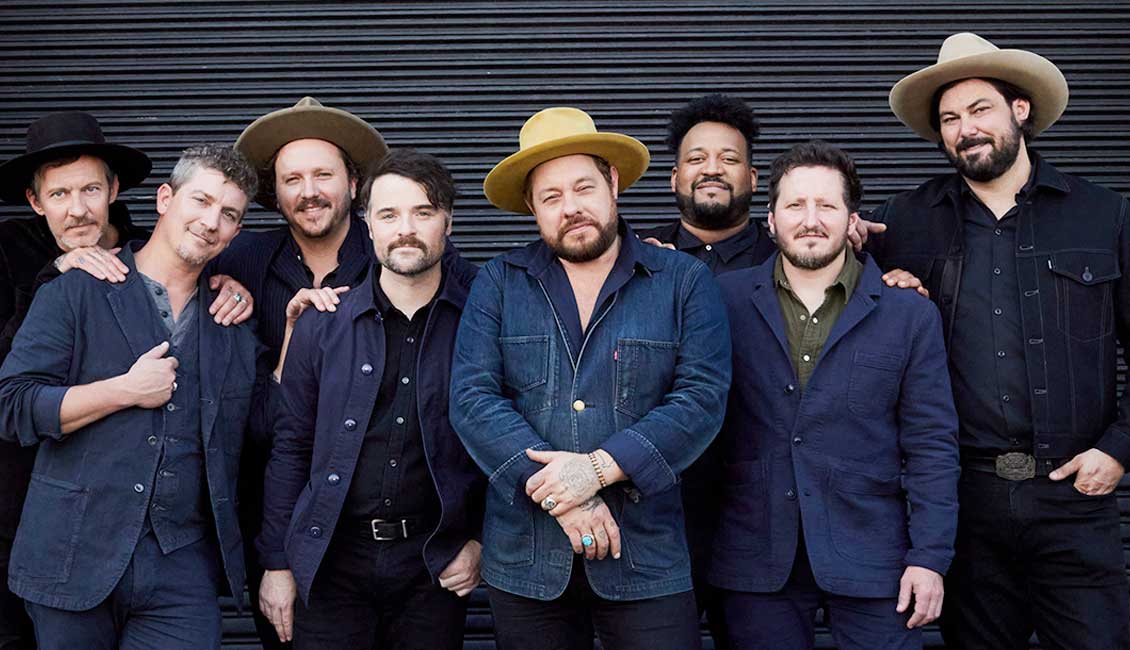 It took NATHANIEL RATELIFF & THE NIGHT SWEATS less than five years to become one of the most recognisable new forces in contemporary rock n’ roll. Since 2015, Rateliff has led Night Sweats, providing the zeal of a whiskey-drinking Pentecostal preacher for songs about the world’s general problems. With successive successes won, its fuel mix of soul and rock quickly cemented them as the rare generational band that balances live shows with engaging albums, which has already led the group to open stadiums for The Rolling Stones, play on Saturday Night Live, CMT Crossroads, and NPR’s Tiny Desk.

When Rateliff returned from his solo tour, halted by the pandemic in March 2020, he took refuge in his Colorado estate and began writing a set of songs that synthesized his personal introspection. The result is The Future (2021), the group’s third album, but the first to capture the true depth and breadth of this octet. An instant classic with 11 songs, the album presents something more sustainable, interesting, and open – a songwriter and a band that has grown together over larger issues and sounds in a future that allows them to remain recognisable.

PUSCIFER, formed by Maynard James Keenan, lead singer of Tool and A Perfect Circle, is an American electro-rock band with 4 studio albums in their repertoire: V Is For Vagina (2007), Conditions of My Parole (2011), Money Shot (2015), Existential Reckoning (2020) and a series of EPs and remixes. Besides the main trio with Maynard James Keenan (vocals), Mat Mitchell (guitar, production) and Carina Round (vocals, songwriting), the group’s ecosystem is constantly evolving encompassing a cast of characters such as Billy D and his wife Hildy Berger, Major Douche, Special Agent Dick Merkin and many more.

With tens of millions of streams and views, it’s live that the band really shines with performances that blur the lines between a concert and a play, crossing the dusty American Southwest with Billy D and Hildy or the sweaty squared circle with the Luchadores, in a show that will mark the NOS Stage at NOS Alive.

THE AMAZONS, hailing from Reading, UK, are Matt Thomson (vocals and guitar), Chris Alderton (guitar) and Elliot Briggs (bass). Formed in 2014, the English released their debut album of the same name in 2017 which reached #8 on the UK Albums Chart while also being featured by NME, BBC Radio 1, The Independent and MTV. In 2019 the second studio album followed, Future Dust, and in September 2022 came the third album, How Will I Know If Heaven Will Find Me? This album, which is a love letter and a war cry with expansive, uplifting, and sunny songs with production signed by Jim Abbiss (Arcade Fire, Arctic Monkeys, Adele) and with co-writing collaborations with names like Maggie Rogers and Jamie Hartmann, will be presented at the NOS Alive’23 Heineken Stage.

THE DRIVER ERA, composed of brothers Ross and Rocky Lynch, debuted in 2018 with the single ‘Preacher Man’. This was followed by the studio albums X (2019), Girlfriend (2021) and the most recent Summer Mixtape (2022) which has meant that the band has created a distinct discography that has grown along with themselves and is easily summed up by the brothers in one word: transformative. The duo, who have already amassed over 300 million streams and gained over 30 million combined followers on social media, combined with their distinctive sound and intense live shows, have been widely praised by media such as Rolling Stone, Paper, MTV, Consequence of Sound, among others. July 6th marks the arrival of the group at NOS Alive’23!

Hailing from Ontario, Canada, CITY AND COLOUR is the indie folk project of Dallas Green, co-founder of Alexisonfire, which began in 2005. The project became so popular among the fans that it led to the first album, Sometimes later that year. The album won the JUNO Award for Alternative Album of the Year. Since then, five more albums have been released, accompanied by a change in the lineup of musicians, accumulating 3 more JUNO awards, including two for Songwriter of the Year. This year, Green was honoured with the SOCAN National Achievement Award in recognition of his philanthropic contributions to music education in Canada. In 2023 Dallas Green is preparing to take the Heineken Stage on July 7th.

The Spanish rapper MORAD is also joining the 15th edition of NOS Alive on July 7th at the Heineken Stage.

It was in March 2019 with his second single, “Un cuento,” that MORAD unwittingly released what turned out to be a self-fulfilling prophecy. Said and done: since then, unimaginable things have happened in the universe of the Spanish rapper, a phenomenon that contradicts all the unwritten rules about what is the path that leads to success in today’s music industry. In times of trained algorithms and invasive marketing campaigns, the triumph of this young talent from L’Hospitalet de Llobregat is the triumph of truth. The trick to the elasticity for which the rapper transitions between trap, classic rap and English garage is that there is no trick.