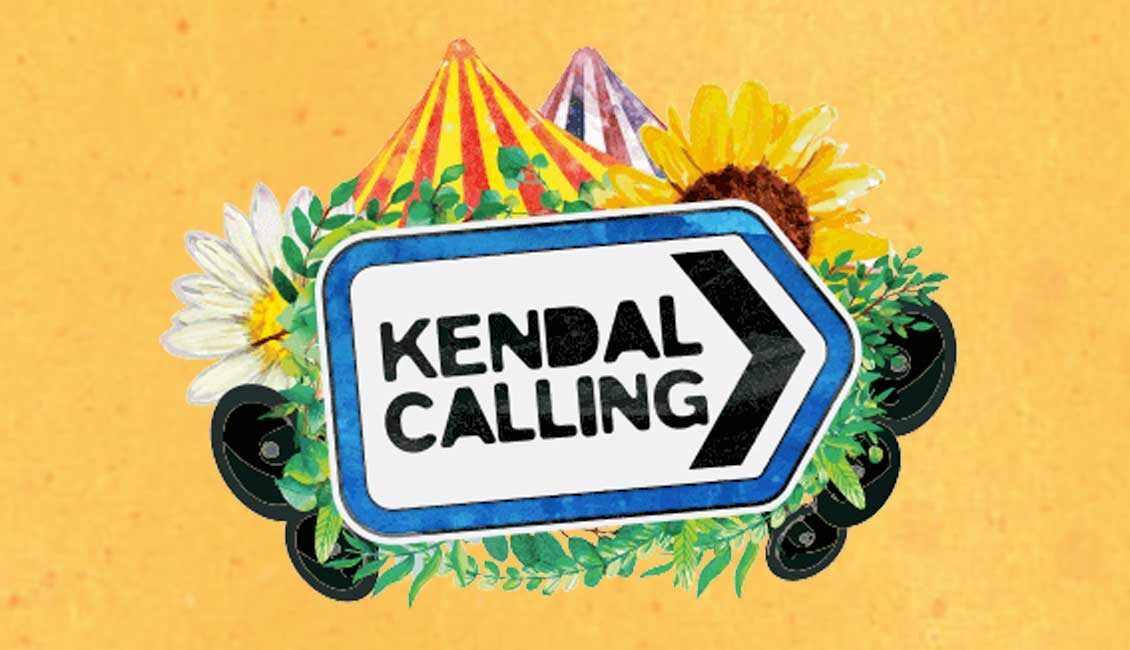 Kendal Calling returns to the fields again this summer, and today makes a huge line-up announcement including all four headliners for 2023, alongside over 100 more incredible acts. It’s revealed today that NILE RODGERS & CHIC, KASABIAN, ROYAL BLOOD and BLOSSOMS will lead the charge, as Kendal Calling’s world-class headline acts. Along with other unmissable artists, unrivalled entertainment, and fun for all ages, it’s set to be another unforgettable, must-attend summer in the fields. One of the UK’s most beloved festivals, set in Lowther Deer Park in the beautiful Lake District, Kendal Calling will take place from 27th – 30th July 2023.

After an absolutely stunning festival last year, we cannot wait to get back in those fields! With Kasabian, Royal Blood, Blossoms, Nile Rodgers & CHIC, Kaiser Chiefs, Rick Astley, Annie Mac – the line-up is looking absolutely stacked. All we need now is a bit of sun and we’ve got the perfect weekend!

Festivalgoers will be treated to an epic headline set of the highest-octane-order from KASABIAN. Fronted by Serge Pizzorno, the band are known and loved for tearing up the rule book and putting on landmark live shows. KASABIAN will undoubtedly have their explosive tracks ringing out over the famous fells of the Lake District when they take to the main stage for a stonking headline show this summer.

ROYAL BLOOD make their Kendal Calling headline debut in July, hitting the main stage in the Cumbrian land of dreams. The Mercury Prize nominated and BRIT Award winning duo from Brighton have firmly cemented themselves as a must-see live act having supported Iggy Pop, Foo Fighters and Arctic Monkeys before taking off on their very own meteoric rise. This summer, that star continues to rise as the band makes its mark in the fields, headlining Kendal Calling.

BLOSSOMS are back at Kendal Calling, this is not a drill. Firm festival favourites and now part of the Kendal Calling family, there are few bands who’ve mastered having a main stage crowd in the palm of their hands quite like BLOSSOMS. Charlemagne, Your Girlfriend and Honey Sweet are just a few tracks from the glorious BLOSSOMS catalogue which will be the soundtrack of a real summer highlight at Kendal this July.

NILE RODGERS & CHIC will make their anticipated return to the main stage at Lowther Deer Park this July. Nile Rodgers is a Rock & Roll Hall of Fame inductee, Songwriters Hall of Fame inductee and a multiple Grammy Award winning songwriter, composer, producer, arranger, and guitarist. As the co-founder of CHIC, Rodgers pioneered a musical language that generated chart-topping hits like “Le Freak”, the biggest selling single in the history of Atlantic Records, and sparked the advent of hip-hop with “Good Times.” His work in the CHIC Organization including “We Are Family” with Sister Sledge and “I’m Coming Out” with Diana Ross and his productions for artists like David Bowie (“Let’s Dance”), Madonna (“Like A Virgin”) and Duran Duran (“The Reflex”) have sold over 500 million albums and 100 million singles worldwide while his innovative, trendsetting collaborations with Daft Punk, Daddy Yankee and Beyoncé reflect the vanguard of contemporary hits.

The last time we played Kendall Calling was epic and one of my favourite shows ever. We are excited to be back this year for more good times!

There’s more… over 80 more artists today join the mega line-up for Kendal Calling. KAISER CHIEFS join the Kendal Calling line-up and with a catalogue of two decades worth of main-stage-worthy-belters, it’s sure to be one for the ages when they take to the stage this summer. Yes, you heard us, the one and only RICK ASTLEY will be at this year’s festival, along with  THE LATHUMS the Wigan trio who will undoubtedly deliver a euphoric live show as festivalgoers bask in indie goodness. EXAMPLE will be in the fields with his expansive catalogue of floor-filling, crowd-pleasing, festival bangers including Kickstarts, Changed The Way You Kiss Me and All Night. Folk-punk favourite FRANK TURNER will be performing, as will dance duo CONFIDENCE MAN who are set to deliver their feel-good, dance-pop which will have absolutely everyone on their feet.

Here’s hoping it’s ‘T-Shirt Weather’ when CIRCA WAVES burst onto the stage at Kendal, for a joyous, indie masterclass from one of the north-west’s most exciting bands, plus  one of the most exciting rising stars, BBC’s Sound of 2020 who’s amassed millions of streams, it can only be BEABADOOBEE joining this summer’s line-up, while HAPPY MONDAYS gear up for a joyous musical masterpiece as Saturday’s special guest opener. Our very own Northern Star, MELANIE C is one of the UK’s most iconic popstars of all time, and this summer she’ll be at Kendal Calling to deliver a welcome dose of pop with smash songs such as Never Be The Same Again and I Turn To You. Elsewhere on the line-up, from the midlands it’s THE ENEMY with their undeniable swagger and legendary stage presence, as well as THE AMAZONS who head to the fields for a rapturous live show bursting with anthem-after-anthem, and KT TUNSTALL will be swinging by Lowther Deer Park hot on the heels of the release of her latest album ‘NUT’.

Torn hitmaker NATALIE IMBRUGLIA will  be in the lakes to provide timeless pop classics sure to have everyone singing along to each and every word, while SCOUTING FOR GIRLS, no strangers to adoring festival crowds,  bring with them their timeless sing-along hits She’s So Lovely, This Ain’t A Love Song and tons more. Next up, it’s Sheffield rockers REVEREND & THE MAKERS who join the bill, plus THE HUNNA following the release of self-titled fourth studio album, along with Ireland’s post-punk favourites THE MURDER CAPITAL. One of the biggest podcasts in the UK, Kendal Calling is delighted to welcome JAACKMAATE‘S HAPPY HOUR LIVE on what will be their first ever festival booking. They join the mega line-up, as do Scottish alt-rockers, VISTAS.

He’s not only a hugely successful internationally-acclaimed actor, but also a revered musician and frontman, KIEFER SUTHERLAND and his band join this year’s line-up, diving into the glorious sounds of country and Americana. With their very own blend of indie rock and synth pop, American duo WE ARE SCIENTISTS make their way to the lakes in July, while Manchester’s LOTTERY WINNERS make their return to Kendal Calling with undeniably one of the most banging live shows going. Charlatans’ frontman TIM BURGESS makes a welcome return to Kendal Calling this summer, treating fans to a solo performance, all while bringing back the much-loved Tim Peaks Diner which has become part of the Kendal furniture, playing host to legendary secret sets and much more. Tropical vibes trio CASSIA also join Kendal’s whopper of a line-up, as well as the gorgeous sounds of RACHEL CHINOURIRI, ALICE MERTON who’s just dropped her latest album S.I.D.E.S, and many, many more.

Kendal Calling has always been a favourite of The Charlatans – and even more so as Tim Peaks has been there since 2012 and I’ve felt like part of the family. Looking forward to heading back there in July, got me a solo gig, some listening parties, a DJ set and maybe a couple of surprises too.

Get your dancing shoes on for dance music royalty, ANNIE MAC who’ll be at Kendal Calling, taking to the decks and spinning the most uplifting beats and dance-floor classics as special guest the GLOW takeover in Kendal’s upside down garden, Parklands. GLOW will also play host to producer, rapper, DJ, singer, writer and British rap royalty MIKE SKINNER, as well as PAUL WOOLFORD, DJ YODA, BKLAVA and KRAFTY KUTS B2B A.SKILLZ.

A firm family favourite in the festival calendar, Kendal’s devoted children’s area KIDS CALLING returns with action packed fun for everyone this Summer. From live theatre shows to giant inflatables, there is plenty to keep the little ones entertained! Of course, the festival’s theme is yet to be revealed but the Saturday parade will also be back, featuring some of the region’s finest carnival performers.