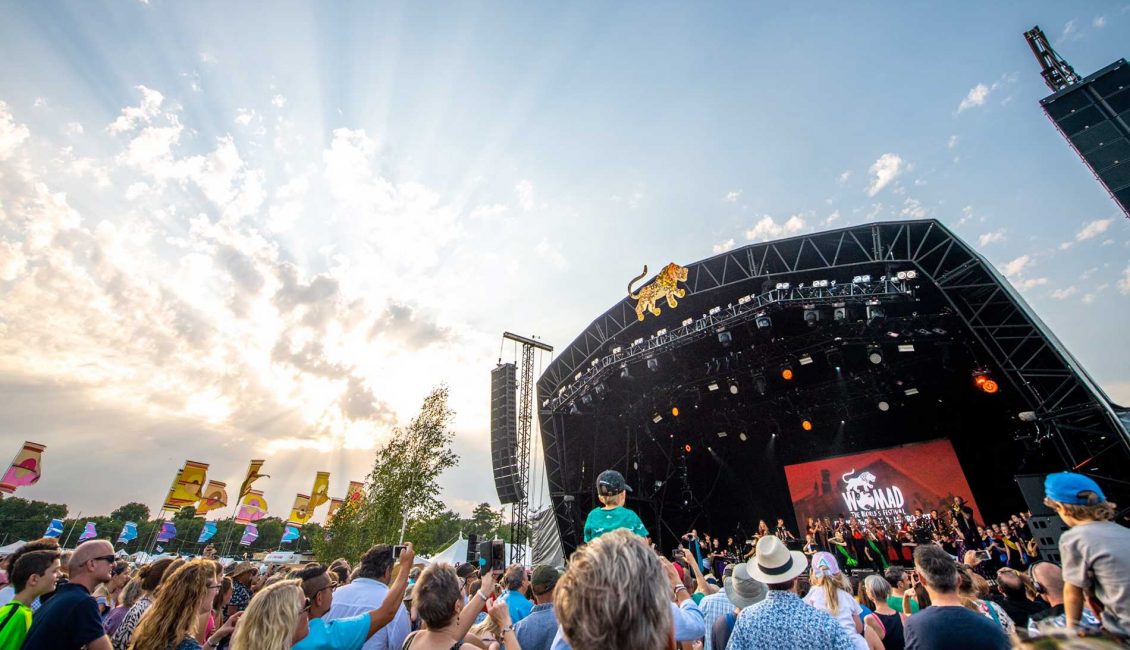 WOMAD was founded in 1980 by English rock musician Peter Gabriel, with Thomas Brooman, Bob Hooton, Mark Kidel, Stephen Pritchard, Martin Elbourne and Jonathan Arthur. The first ever WOMAD festival was in Shepton Mallet, UK in 1982 as a family-oriented festival with a diverse and active musical events, sometimes offering as many as seven stages within the festival site.

There are also participatory workshops, where the audience has a chance to meet and learn about the visiting artists and their music. Special events for children, including organised workshops and activities, create an experience both educational and entertaining. The festival location in each country is as important to its atmosphere as the music and dance that it presents. WOMAD Festivals have travelled all over the world, bringing artists to numerous locations and entertaining over one million people.

Charlton Park has been in the possession of the Earls of Suffolk since the last years of the 16th Century.

The Estate covers 4,500 acres and includes the Grade 1 listed Mansion, extensive and picturesque parkland, arable farmland, Cotswold stone period residential properties and a commercial business park. The beautiful parkland provides a fantastic setting for all events whilst retaining the privacy of the family home and grounds.

At the Dissolution of the Monasteries in 1539, the fabric of the Abbey and much of its property was bought by a prosperous clothier of Malmesbury named Stumpe. By the end of the century the part of his estate which included Charlton was passed to his great-granddaughter, Catherine, daughter of Sir Henry Knyvet (whose tomb is in Charlton Church).

Catherine’s second husband was Lord Thomas Howard, 1st Earl of Suffolk; Charlton Park House was built for her on the property which she had brought into the marriage. It was ready for occupation by 1607.

After Catherine’s death Charlton Park was inherited by her second son, Thomas, who in 1626 was created the first Earl of Berkshire. His descendants lived here until the union of the Suffolk and Berkshire families in the mid-18th Century.

Buy Tickets
Here you will find a selection of tickets that are currently available for WOMAD Festival UK from one of our primary ticketing partners. We only work with the festivals trusted ticketing companies and will never link to a secondary ticketing website.
100
Bands
4
Days
40,000
Fans
1000
Songs
200
Albums
Find a place to Stay
Newsletter
Sign up for our newsletter and get all the latest festival news
WOMAD Festival Photos